Pat Labels Online Blog » The world’s most dangerous jobs: some exciting, others not so!

Ask people their opinion on the most dangerous jobs in the world and most answers would include fire fighting, policing etc but in fact these occupations are less hazardous on paper than being a car mechanic!

The risks some people are prepared to get work is staggering and it is not always the greater the risk, the greater the reward. In fact, the workers in the Kawah Ijen Volcano, after a gruelling day will only earn about £8 and you can count the earnings of sanitation workers in some countries in pence per day.

We have compiled a list of some of the most dangerous jobs in the world today. Take a look and see if you still fancy that career change.

There is almost nothing more dangerous than working on the high seas in freezing conditions, often at night. The constant danger of uncoiling ropes, nets and pots moving on deck combined with a tiny amount of sleep means that this job easily secures a place on this list.

Statistics indicate 152 out of every 100,000 deep sea fishermen die whilst at work. 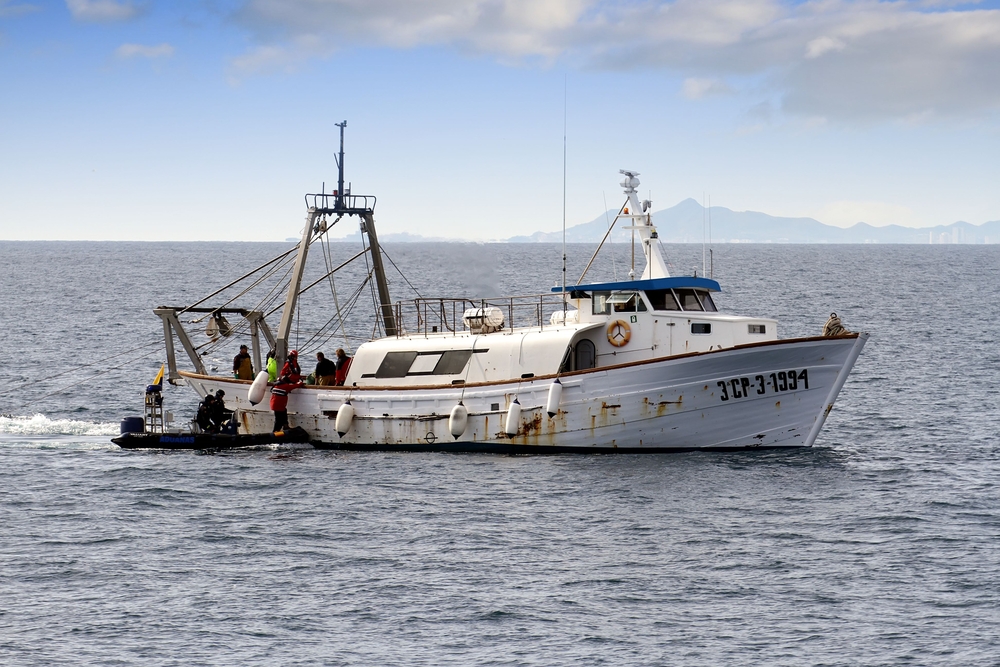 Working at great heights, working with sharp tools, backbreaking labour usually in remote, harsh environments, make for one of the world’s most dangerous jobs. In the US alone, out of every 100,000 logging workers, 128 die each year. 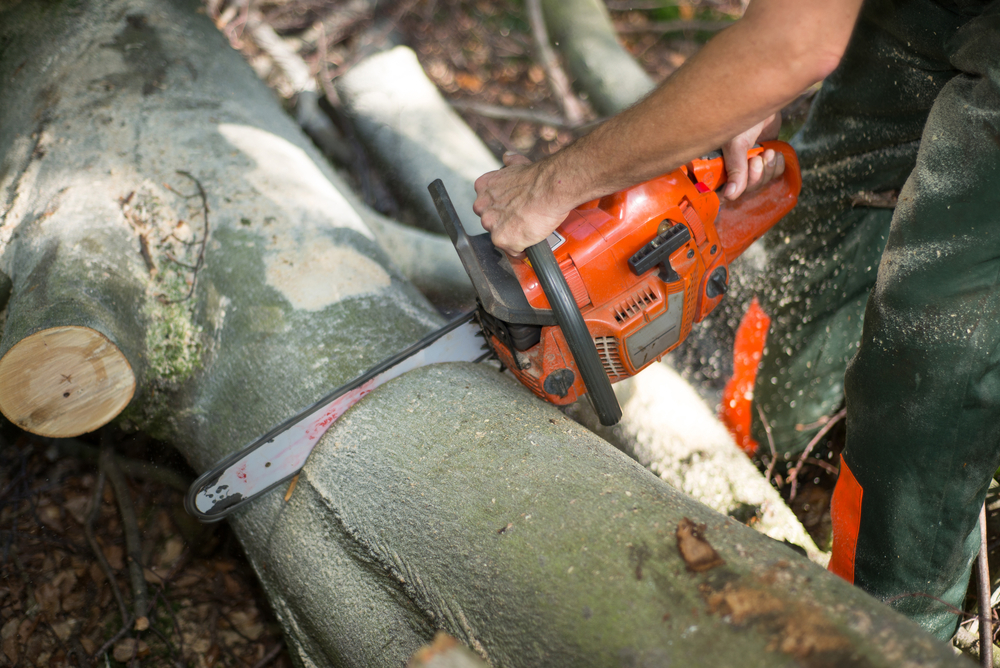 Commercial airlines do not fall into this category;commercial airliners are one of the safest ways to travel. A career as a bush pilot however, puts you near the top of the list. Think about those brave pilots island hopping in Indonesia or flying over the rainforests of South America or crop dusting in a tiny plane flying low over the ground – or in the harsh environs of Alaska…only the adventurous need apply. 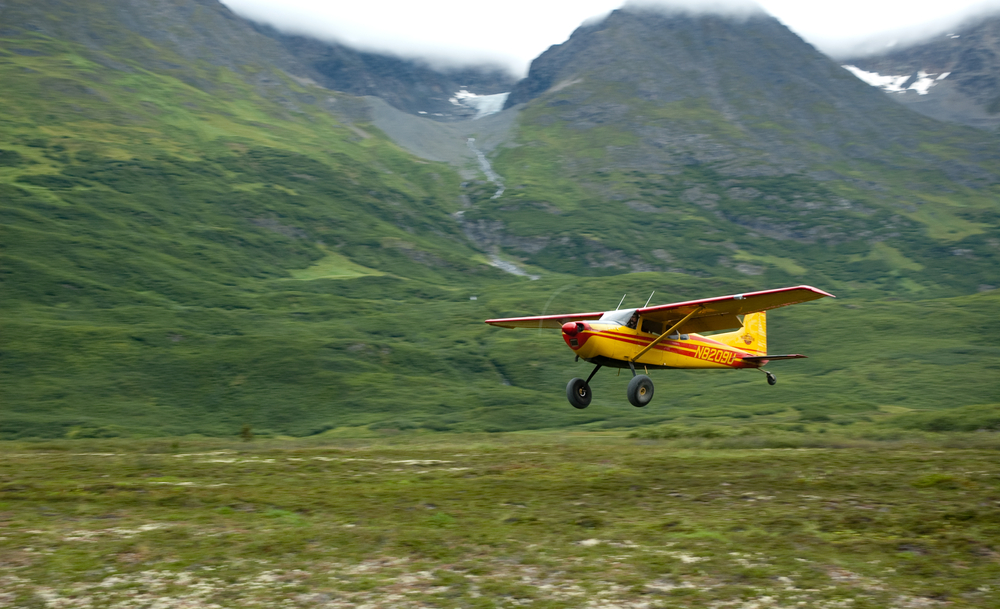 How many times have you heard on the news of a cave-in at a mine somewhere around the world?  Add fatalities and major injuries of those working underground to deaths caused by lung disease, and the results are staggering – deaths alone are around 20,000 each year worldwide. Those with fears of working in confined spaces need not apply. 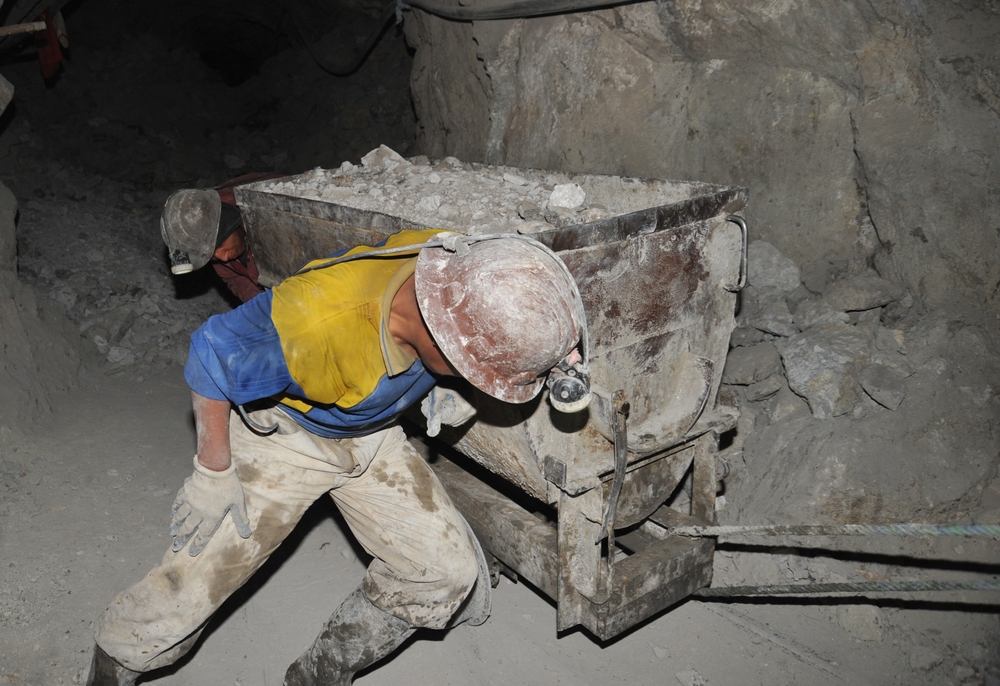 The name speaks for itself. Millions of people work in treating and disposing of waste from the refuse collector with terms and conditions and personal protective equipment in one part of the world to the seven year old child sorting out hazardous debris in another.

The danger levels of this job vary from country to country. 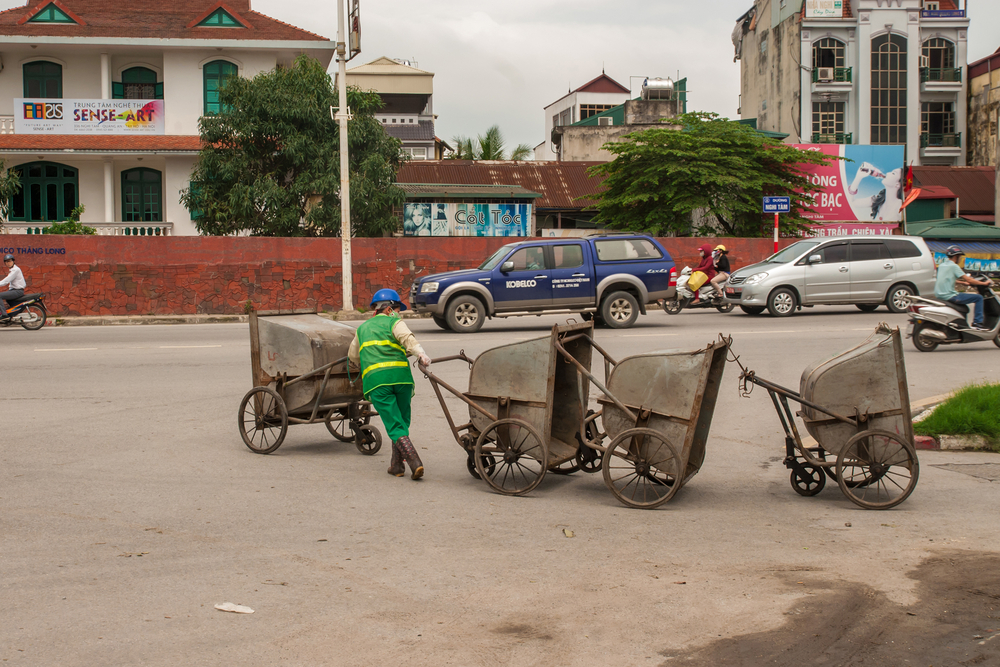 This heading includes all those whose income comes from driving trucks, buses, taxis and even tuk-tuks. Around one third of all fatal and serious road accidents involve someone who was at work. Fatigue and lack of sleep are the main dangers faced by driving for a living. Here in the west we enjoy modern roads, generally drive maintained, more roadworthy vehicles. But not all drivers enjoy such good working conditions. 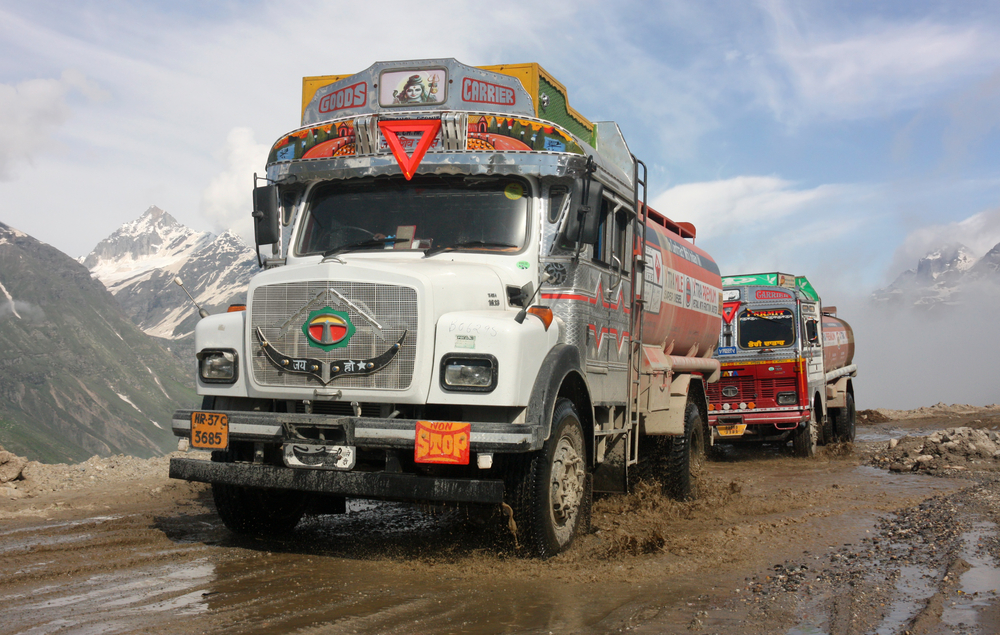 Working in a Volcano

People really do work in volcanoes.  Kawah Ijen Volcano in Indonesia produces elemental sulphur which is mined in the most gruelling way. After loading up their baskets with up to 90kgs of yellow sulphur rocks, the laden miners must climb 300mts up to the rim of the volcano then a further 3 km down to unload. The weight of sulphur transported daily by only 200 miners is upwards of 14 tonnes. 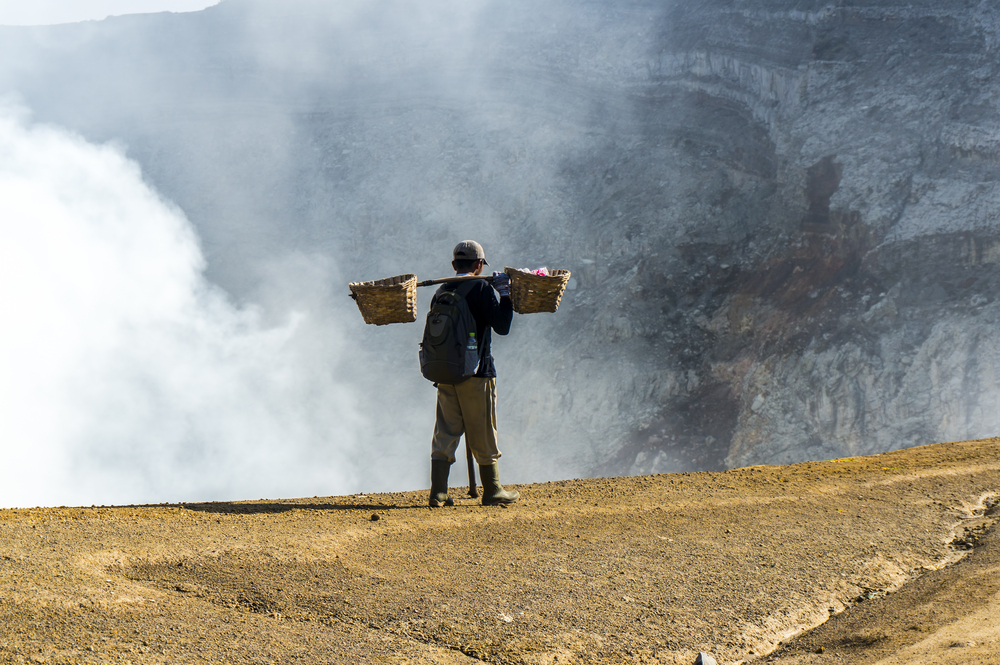 Major accidents and fatalities are common on construction sites including deaths from explosions, falling from height, trapped under fallen equipment, electrocution and falling debris to name but a few. 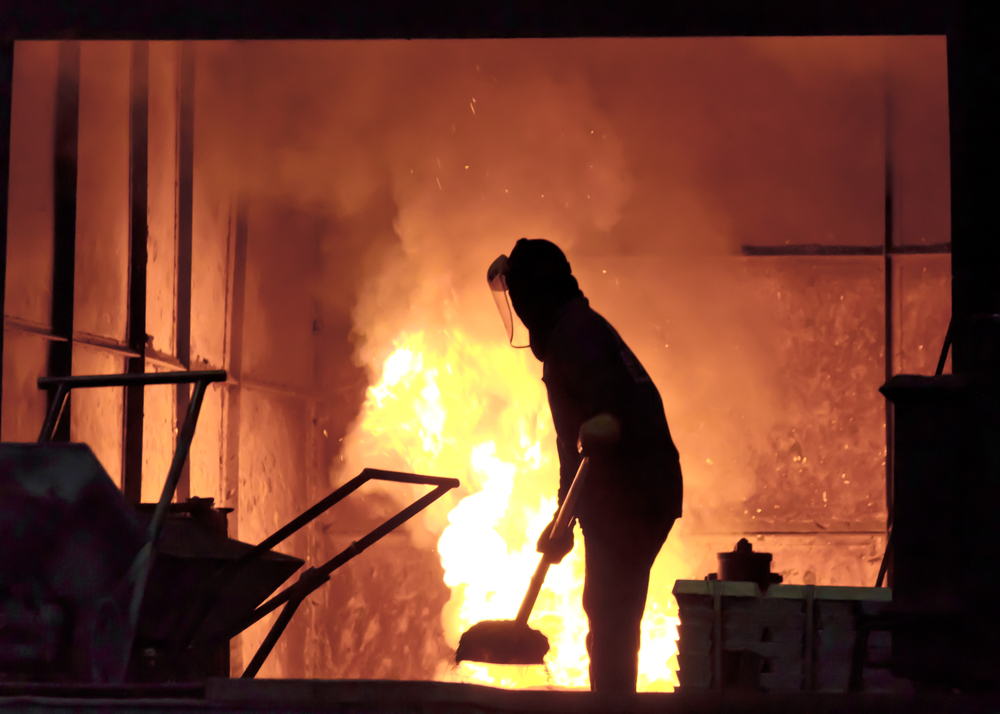 A farm conjures up an idyllic place to work but in reality the number of deaths in agriculture related occupations is high. Workers are in contact with heavy machinery, sharp pointed equipment, chemicals and strong unpredictable animals every day. 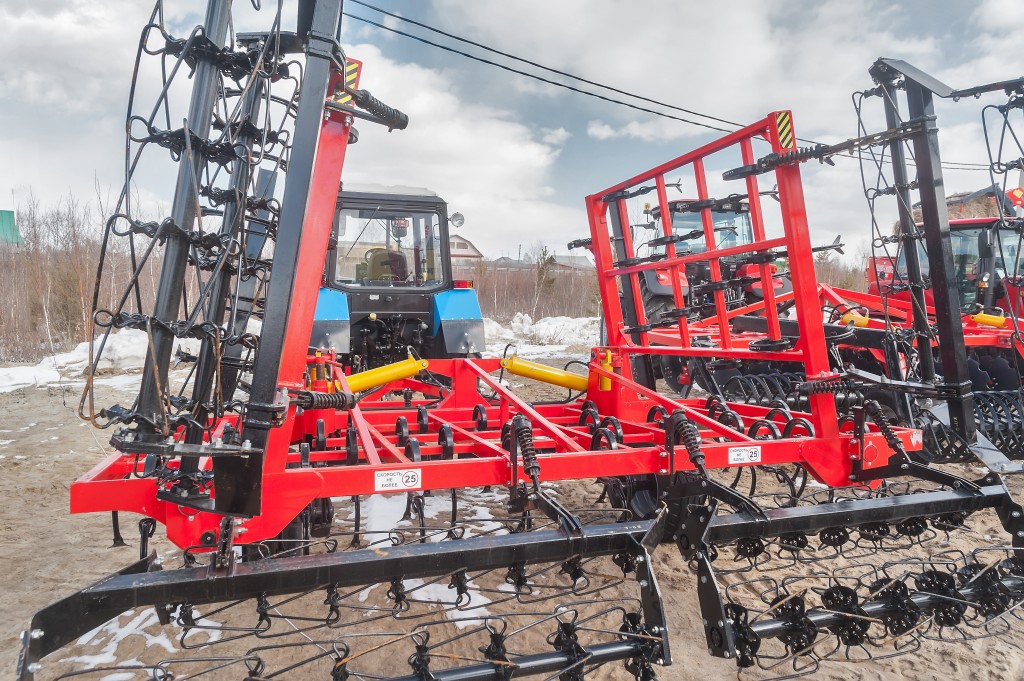 It is a recipe for disaster for anyone working at great height, in all weathers, day or night, all in the proximity of electricity. There is even an elite group who work suspended from a helicopter on high voltage lines. 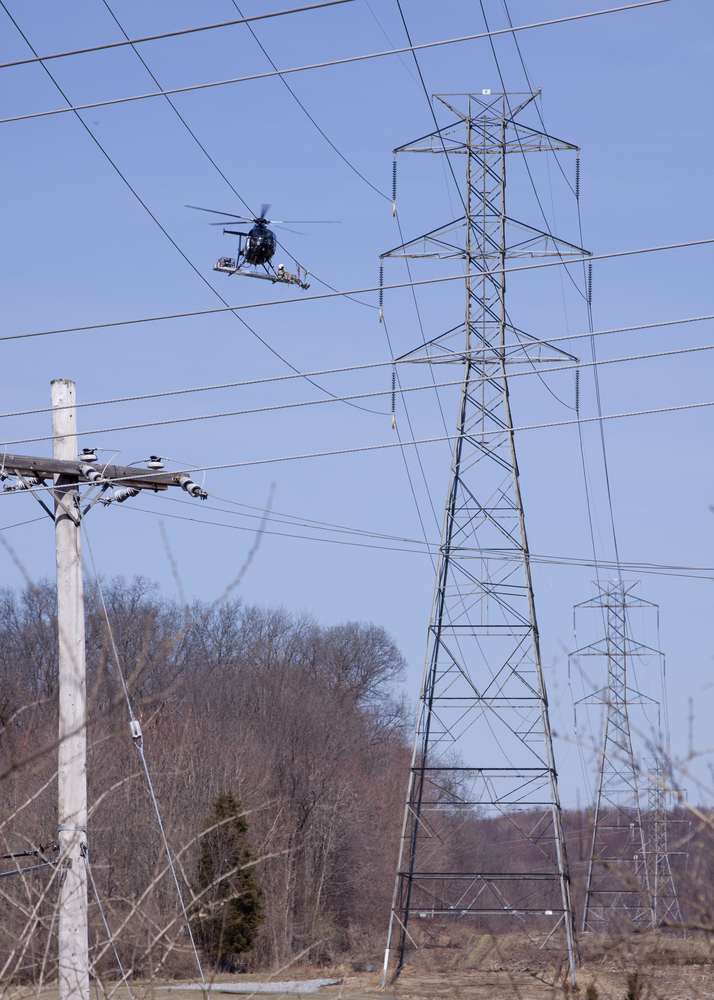 So, the next time you’re feeling a bit fed up with your lot in life, think your job is dead end, and the grass is greener on the other side…think again, it isn’t always the case.

If you work in a dangerous environment, take a look at our range of Safety Labels.

All About Our GHS Labels

Here at PAT Labels Online, we provide our customers with a large choice of labe  Read Full Story

When someone uses a sentence like, “No-one saw the warning signs”, they can mea  Read Full Story

No one likes being told what to do, but sometimes the instructions we receive a  Read Full Story